There are a few statements that disturb me. One of them is “I’ve got a job to do”. Hollywood has made this line extremely glamorous. But as a consciousness/wellness guide, I am concerned where such aggrandized declarations are taking society.

You see, the first thing that must bother anyone is that a ‘job’ is a rather miserable thing to have. ‘Job’, by definition is “a task or piece of work, especially one that is paid”. Now how different is that from slavery? Probably only in the fact that it is paid for. But what does it do for one’s freedom?

To be fair, let’s stay with semantics. If the options are to ‘not be paid’, or to ‘not have a job at all’, what’s so exciting about that? Nothing I’d say. Everyone must have something meaningful to do for one’s own mental progress. So you ask, ‘what then is wrong in declaring that I have a job to do’?

To answer this, I invite you to a short journey into the evolution of our consciousness. Humans were hunter-gatherers. They roamed anywhere their instincts led them. Then they discovered agriculture. And their instincts dulled down. There was nothing to fight with, to survive. An overbearing sense of laziness crept in. And society turned itself into tiers, operating by exercising power over one’s own kind, rather than over predators. And then the church and other organized religions took birth.

If the definition of occupations wasn’t already delineated by the power-centers of agrarian society, the religious bodies defined them most clearly. There were the rulers and clergy, the administrators, the skilled workers, the unskilled, and everyone except the top strata paid taxes.  History stands testimony to how power was misused and knowledge dissemination was scuttled till the renaissance… which unfortunately coincided with the next death-knell for freedom… the industrial revolution.

This revolution led to the emergence of the capitalist economy and since polarities are the natural order of things, the socialist groups. Both succeeded in their own ways and both converged the masses into following a pattern of fixed habits, which furthered their interests. It became well defined when we woke, when we left home, when we returned, what we did in between, what we ate, what we drank, how we entertained ourselves, how we studied, why we competed. Everything was driven by the corporations. Even how we fell sick and how we mechanically recovered. It all was an orchestrated industry devoid of any manifestation of individual will or energy.

And while this process was changing the world, internally humankind was losing complete connection with what freedom was really about, under the garb of ‘civilization’. We completely lost the connection with the universe, with instinct, with higher energies, with guiding forces, with the spirit of discovery, with our ability to co-exist and manifest abundance for all.

Instead we developed a sense of self-worship with stronger and stronger reliance on whatever man was able to achieve… be it in medicine, technology, astronomy, neuroscience or other disciplines. And that ‘limit’ of human achievement became the benchmark for what was considered possible, thus confining possibilities to cookie-cutter models.

Further limits came up even more recently with global outsourcing and 24×7 commerce. Now corporations define what classes of humans gain what skills and for what purpose. And most skills are becoming irrelevant as they grow older, which is leaving a large to-be-aged population of workers with limited education that provides no real mental backup to diversify.

But they’ve got a job to do!

This gives them a sense of importance. It builds up their ego. It energetically triggers the sentiments that provide the adrenalin rush that was valued by our hunter-gatherer ancestors. It also takes precedence over their priorities, which are no longer centered at providing for the self and family; rather they are focused on the carrot and stick. Through the carrot, one does feed the family, you could argue. But without the carrot, one could – in most cases – get real meat, if one took the courage to step out of this ‘matrix’.

For starters, one’s self-worth would be discovered by ones own benchmark as soon as one exits the matrix. As Einstein observed, “you mustn’t judge a fish by its ability to climb a tree”. Further, one could use time to identify one’s purpose and begin to follow that, rather than follow strictures of someone else’s priorities. This in turn will lead to a more meaningful life. Into taking control over the outcome of one’s life; one’s contribution to the world.

And what can be appreciated only outside this matrix is the fact that once you pursue your priorities, the world starts to pay you for them as well. So you literally have a job that you do well and enjoy. And you do it in a meaningful, uncomplicated way… not using your days to solve problems that shouldn’t have been there in the first place… that were created by other humans and can be done away with through simple reorientation over one generation at most.

The Japanese concept of ‘ikigai’ captures this way of living, thinking and prioritizing in a pedagogic way. And the psychics, shamans, lamas and spiritual gurus of the current century, who behaviorally emulate the free-minded hunter-gatherers, actually live this idea of tapping into abundance. So between this theory and practice, it is possible for you to see and experience a self-designed life, once you decide to.

But will abiding by that decision be easy? For sure it will take away the Excuse (with a capital E) one always has for not doing many of the things that make humans truly civilized. For not loving openly. For not caring for elders. For not respecting the environment. For not expanding our potential. For not being in top fitness all the time. For not travelling the world. For not letting our inner music out… There is always the Excuse… “Hey later, now I’ve got a job to do”.

So the next time you find these words emerging from inside, catch them before they hit your lips. Check, is that a job you have defined for yourself or is it one that has been defined to make you feel important? Remember, you need not feel important by anyone else’s goading. That’s what the puppeteer does by keeping his puppets in the center-stage. You can be your own puppeteer. And by being so, you can collapse one significant level of separation you have with the universe! 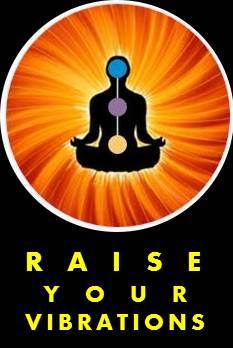 RENEWAL: Your Unexpected Role In Saving The Planet