We are all made of energy. Each of the little atoms that we are made of, is vibrating at a certain frequency that makes us part of the energetic pattern of the universe. The universe, on its part, is the infinite source of energy that powers the greatest good for everything and everyone. It is benign, unbiased, omnipresent and omnipotent.

To use an analogy, the individual is like a ripple on the vast ocean of the universe. Some individuals are waves, others are surfs. But all of us are intrinsically the same as the deep, calm, majestic ocean. The less we give into distractions (like getting close to the shore for instance, in case of the wave), the more are our chances of achieving oneness with the great universal energy. 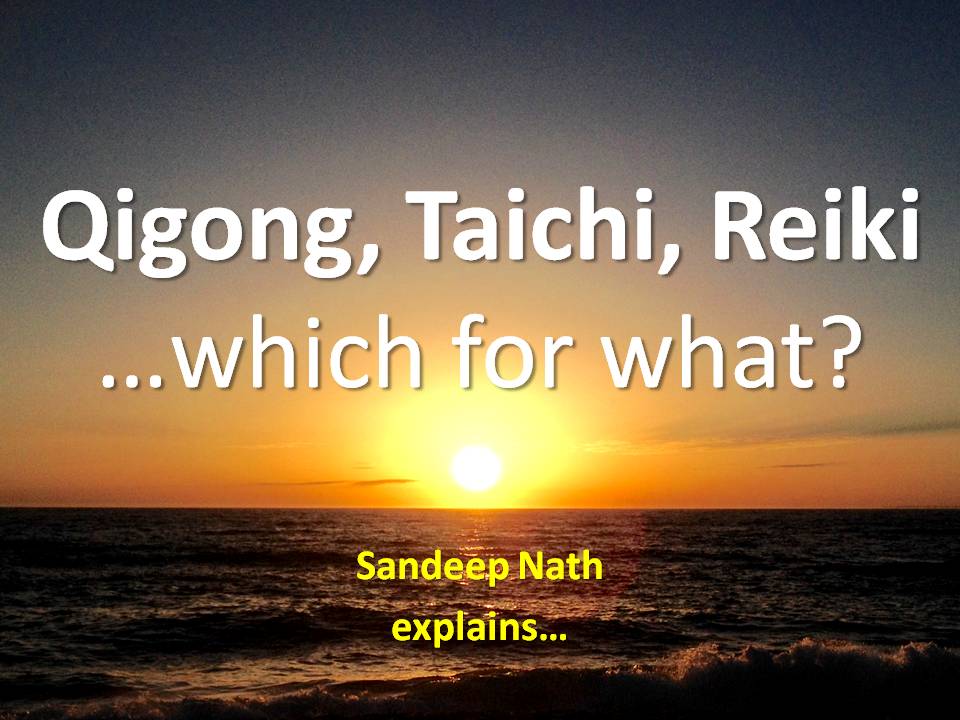 Reiki is a process of achieving this. Instead of the being analogous to water, we think of ourselves as light. And we channel the infinite, pure, white light of the universe through our hands to a recipient who has taken the small step to believe and receive Reiki. As this light passes through the recipient’s receptors (chakras) it may create some sensations – such as heat or tingling – or it may not. That is not important. What is important is that the passage will help create an energy stream from the universe to the recipient which has the potential to heal him or her energetically.

Meditators have, since thousands of years, figured that energy flows through our bodies through channels called Meridians. These meridians form an intricate energy anatomy which can visually be construed as the plumbing network of a building structure. Now, it is not too difficult to imagine that if there is a blockage somewhere in the plumbing, someone’s washbasin is likely to flood up. Well, that is a problem, a condition, a state of dis-ease… or disease in the human context. And one can see that once the blockage is cleared, the condition would not aggravate. Similarly, with appropriate cleansing by energy any disease can be cleared as well.

So is it that Reiki works for some people and not for others? This is a common perception, which is also a bottleneck to a wider spread and adoption of Reiki and other energy healing techniques. There are 5 reasons for observing variances even though universal energy by itself doesn’t play favorites.

First, since the Reiki technique is based on subtle movements of energy through another person who channels it, the ego of the channel can interfere with the passage of energy. Second, if the channel has not been practicing the flowing of Reiki with focus and dedication, they could be relatively ineffective. Third – and this is from Hindu/Buddhist philosophy – there could be a ‘karmic’ disconnect between the channel and the recipient. Fourth, some channels may augment the energy through the application of powerful Reiki symbols, which others might not. And fifth, certain visualizations of energy deities help magnify the energy transmission, causing the flow to intensify. Again, this process can only be applied by advanced practitioners.

The good news is, all of these variances do not take away from the fact that Reiki works for everyone to a smaller or larger degree. Just like water from melting snow fills a mountain stream slowly till all the rocks are inundated and water finds an even level, energy too fills voids in the energy anatomy through repetitive administration, best determined by the intuition of the channel.

In Reiki’s context, intuition and intention are two key words. It doesn’t really matter what words one uses to invoke Reiki… the intention to pass on good without allowing one’s ego/prejudices get in the way is paramount. And likewise, the exact hand positions and movements are not fractionally as significant as the intuitive process the channel applies, which of course is a subject taught during attunement.

Speaking of attunement, that is the process of becoming a channel. A certified Reiki Master-Teacher is empowered to do that for you. To initiate into becoming a channel for self-healing or healing others. Through this process, the healing channel starts operating from a higher state of mindfulness / awareness / consciousness which is outwardly focused – on benefiting others. His/Her intentions are set on oneness with the universe and becoming a being of pure light and radiance. And obviously, to initiate more such healing channels implies that many more people with higher states of conscious vibration shall manifest on this planet.

Should this subject be interesting you, please drop in a message below and begin a journey into this fascinating process… one that will surely raise human consciousness sooner than later. Welcome to be a force within it!

RENEWAL: Your Unexpected Role In Saving The Planet